Since the Lifetime Network first aired in 1984, they have become most well-known for their dramatic movies, often inspired by true events. A few of the LIFETIME channel’s more recent hits have garnered them a new following of younger 21st century viewers, so check out these 5 Classic LIFETIME Movies you need to Rewatch. These hit dramas include Flowers in the Attic, based on the wildly popular novel series by V.C. Andrews and Lizzie Borden Took an Axe based on the true story of a young woman tried and acquitted of murdering her father and stepmother in Fall River, Massachusetts in the late 1800’s.

These are just a few of the newer offerings of Lifetime, but the network also has an entire library of great classics aired over the years that deserve re watching.

Whether you are a new fan of Lifetime or have been watching the network for years, here are 5 classic Lifetime movies you need to re watch – or watch for the first time. While not necessarily based on a true story, a powerful 33-year-old married attorney chasing a hot, 18 year-old cheerleader could easily be one. In true Lifetime fashion, however, plot twists and turns abound.

As if the torrid May-December romance were not enough, add in a mysterious stalker sending anonymous notes and carrying out vicious attacks against the young teen cheerleader and you have all the makings of a must-see-again and again Lifetime drama.

The mysterious stalker remains a mystery for much of the movie, but when the big reveal happens, it is more than worth the wait – whether you are watching again or watching for the first time. Perhaps the best news of all about Lifetime dramas is that if you don’t receive the channel through your cable subscription, you can even watch Lifetime movies on Netflix.

With all of the sexual misconduct scandals erupting from Hollywood to Washington DC, there has probably never been a better time to go back and re watch the 1984 classic The Burning Bed.

Farrah Fawcett stars as an abused wife who has had enough of her abusive husband. Unfortunately, everywhere she turns for help turns her away.

Finally, one night, after being raped in bed by her husband, she sets fire to the bed – with him still in it.

While there may be a slew of new laws in the 21st century to protect women from this kind of abuse, viewers of all ages will still connect strongly to many of the core underlying themes contained in this gripping and compelling classic Lifetime drama.

Some dramas just never get old and this is one of them.

3. Our Guys: Outrage in Glen Ridge

No other network has quite the penchant for taking unbelievable fact and turning it into fictional movie gold. 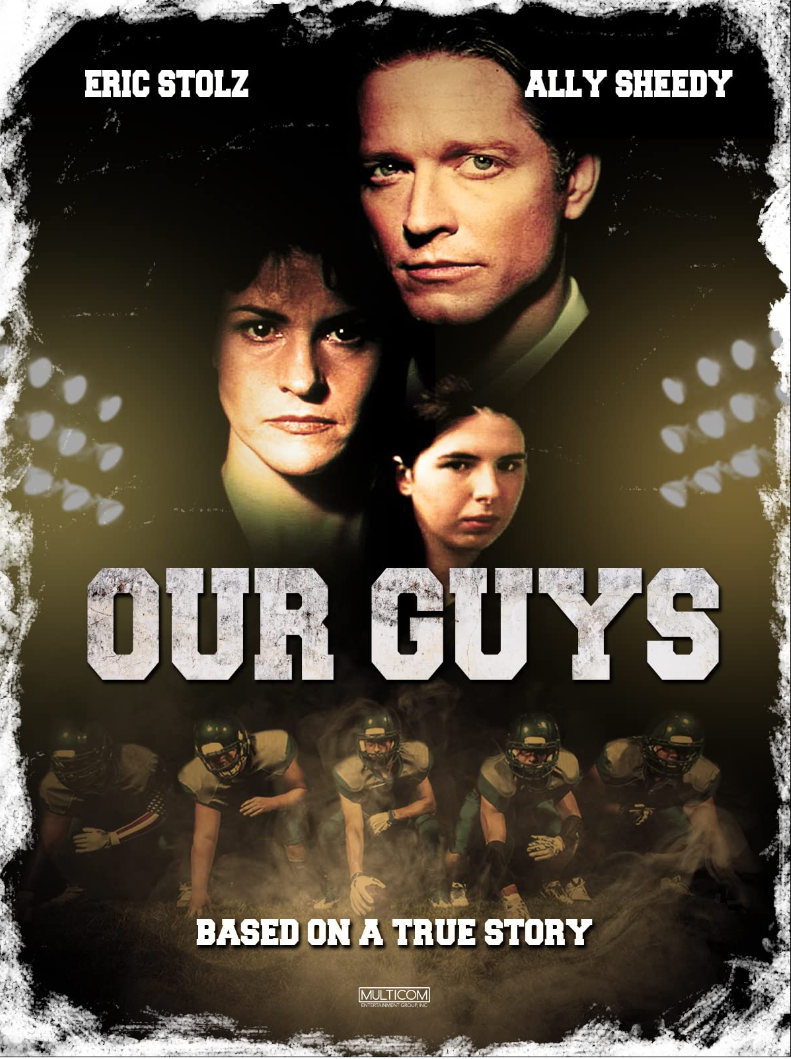 Another sad, tragic but can’t-miss true life story ripped straight from the headlines, Our Guys: Outrage in Glen Ridge tells the sad tale of a High School football team accused of gang raping a developmentally disabled classmate who just wanted to be popular.

It’s not hard to imagine the outrage when the golden boys of the local high school are accused of such a heinous crime that might actually be true.

While some work to protect the boys from scandal, others work hard to expose the truth, creating a ticking time bomb waiting to explode in a small community.

True to form, Lifetime takes every ounce of real-life drama and turns it into gripping movie gold. Long before the hit MTV show 16 and Pregnant, Lifetime explored the social ramifications of being a pregnant teen. While society seems to have come a long way in its views on pregnant teens, this 1998 Lifetime drama still has a lot to offer.

Abandoned by her boyfriend, a young Kirsten Dunst (Tina) must decide whether to get an abortion, put her baby up for adoption or become a struggling single mother – all while trying to finish high school. Filled with all the tension, conflict and drama that

Lifetime does so well, this is a poignant, based-on-real-life story is worth rewatching again and again. An innocent middle-class mom getting sent to prison for a crime she didn’t commit is already a tantalizing story in and of itself. Add in a prostitution ring being run out of the prison by corrupt guards and you have a plot thick enough to stand a spoon up in.

True to form, however, Lifetime doesn’t just stop there. Not only does the middle-class mom need to survive prison, she needs to blow the lid off the corruption via her local celebrity husband, while still staying alive in prison.

Made in 1997, this Lifetime classic more than stands the tests of time and is every bit as gripping and dramatic 20 years later as it was when it was first aired.

For more than three decades now, the Lifetime Network has been churning out gripping dramas that have America hooked. The same network that left moms (and sometimes even dads) in tears almost 30 years ago now has their adult sons and daughters doing the very same thing.

Whether you have been a fan of Lifetime dramas for years or have recently been introduced to them, there is an entire catalog of great Lifetime dramas just waiting to be explored. Best of all, thanks to 21st century streaming and on-demand programming, you don’t even have to wait for them to air.

« Spoil Your Purr-fect Fur Babies with #MeowMix From Target!
Join the ACT OF HEART Challenge with BioLife #BL4DActsofHeart »