This post is in partnership with Universal Pictures’ A Dog’s Purpose, coming to theaters January 27. All opinions are my own.

Oh, doggies. I think you all know by now that I love my dogs, Bailey and Toby. They’re not just “pets,” they’re part of the family. No, I don’t take them traveling with me or let them kiss me on the mouth, but make no mistake: Bailey and Toby are my fur babies! They’ve been with us for seven and six years, with Bailey coming into the family first in 2009, and Toby following in 2010. Yep, they aren’t related – I spent A LOT of time finding two dogs that looked similar because I have a thing for matchy-matchy. I know, I am weird. It’s okay to judge me. Originally, Bailey and Toby had a little wolf pack, with Foxy being their alpha female (I’d like to think that it was because she was a fearless leader, but it was more than likely due to her size). My ex husband and I brought Foxy into the family way back in 2004, and she was the first dog our family brought into the home. Prior to that we had cats, but if you have had both dogs and cats at any given time, then you know that while cats are pretty independent, self sufficient creatures, dogs are much more attached to their humans and really become like a member of the family. They want to go outside with you, they follow you to the bathroom, they want to sleep with you, they want you to talk to them and play with them – they’re basically toddlers with fur. We lost Foxy to cancer in 2015, so now it’s just the little fluffy dogs ruling the roost…but Foxy was a special dog. So special, in fact, that when we had to put her down in August of 2015, I saw my ex husband cry for the only time in our 14 years of marriage.

Foxy was one of those dogs that really taught us what it was like to have pets, for my daughter to to sacrifice for a four legged friend, to really love a fur baby. When she accidentally got pregnant (we were out of town and she went into heat unexpectedly), we learned how important it is to spay and neuter your pets and how difficult it can be to find good homes for puppies! It eventually led Angeline and I to get involved in fostering kittens for the Humane Society of Greater Miami, and ensured that we had every. single. pet spayed and neutered from there on out. Foxy was a part of our family for 13 years and when we lost her, it was like a chapter of our lives ending…

Dogs, unlike any other kind of pet (in my humble opinion), serve a purpose for our families that other animals can’t really replicate. They’re man’s best friend. They snuggle us, they wake us up for breakfast, they alert us to intruders (if they’re that type of dog), they can be trained to work as service animals, they can work as therapy dogs, they teach us what it’s like to be responsible for another living creature. On January 27th, A Dog’s Purpose is opening in theaters nationwide, and it’s a sweet look into this dynamic from the dog’s perspective. I am a sucker for a dog story, and I can’t wait to see it! A DOG’S PURPOSE – IN THEATERS JANUARY 27

Based on the beloved bestselling novel by W. Bruce Cameron, A Dog’s Purpose, from director Lasse Hallström (The Cider House Rules, Dear John, The 100-Foot Journey), shares the soulful and surprising story of one devoted dog (voiced by Josh Gad) who finds the meaning of his own existence through the lives of the humans he teaches to laugh and love. Check out the official A Dog’s Purpose website here!

“The ones we rescue, rescue us.”

I think that there are many of us who know this to be true! Watch the trailer for A Dog’s Purpose, in theaters January 27.

Check out the fun My Dog’s Purpose Poster Generator!

Recreate the #ADogsPurpose movie poster using your dog & share using #MyDogsPurpose. Your furry friend could even be featured in the film’s campaign! How exciting would that be?! You can get started here: http://unvrs.al/ADPPoster 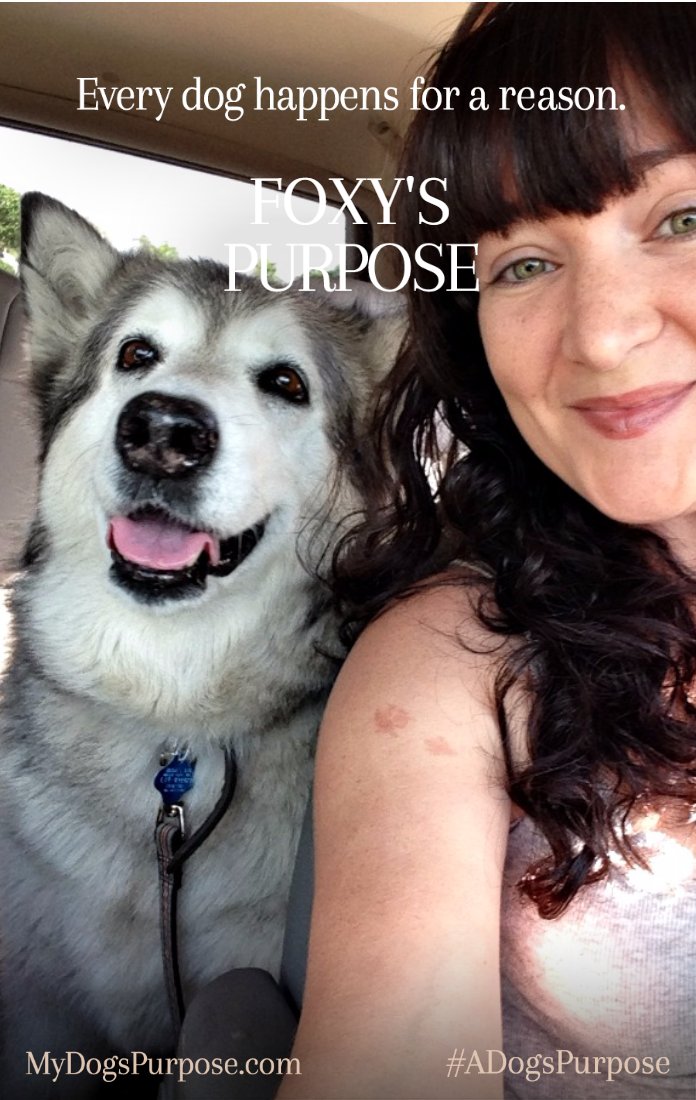