The other day, my kind-of father in law (I say kind of because I had a child with his son but we were never married) sent me an email with a story about Giant Canadian Grey Wolves in Idaho.

Apparently, there is a population of rather enormous wolves in Idaho and each year, a certain amount of ‘tags’ are awarded for people to hunt them to keep the population under control. 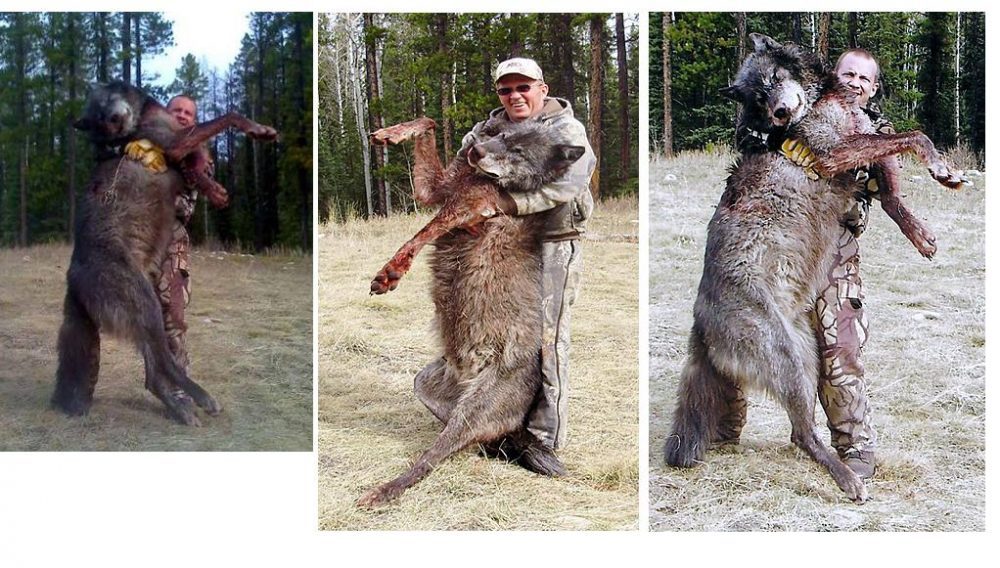 Because they’re huge, and dangerous…and hunt in packs of about 20 and “kill for fun” as one website claims.

It appears that the wolves aren’t just your run-of-the-mill wolves, they are a very large breed of Canadian grey wolf that can weigh upwards of 180 lbs… 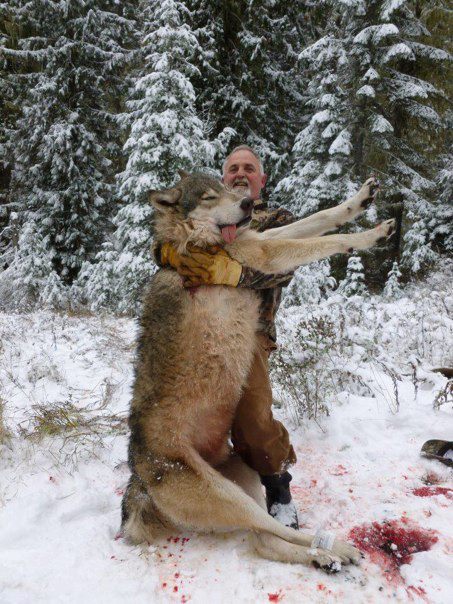 So what are they doing in Idaho? Well, funny you should ask, because I asked myself the same question.

Back in 1995, the U.S. Fish and Wildlife Service introduced 35 Canadian grey wolves into central Idaho and the Yellowstone area of Wyoming as an experimental introduction, because the Idaho Timberwolf was down to about 80.

Now they’ve multiplied and roam in large packs of about 20 around the rural areas of Idaho, western Montana and western Wyoming…killing livestock, pets and possibly small children. (yes, I am rolling my eyes) 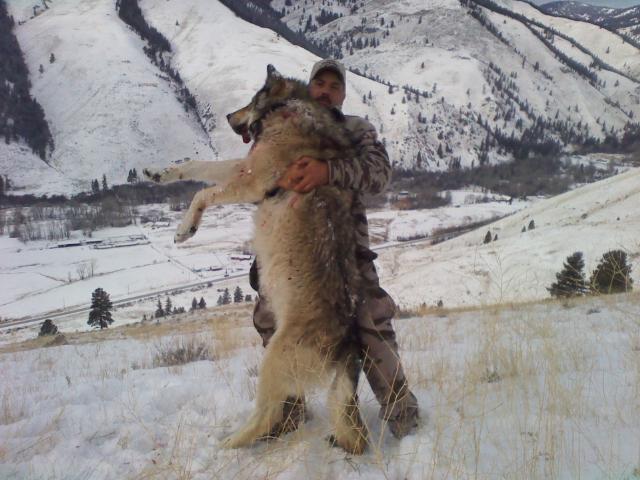 Just a few of the wolves killed this year with the Idaho wolf tag. Wish I could show you a few hundred more pictures. It is just amazing how big they are.

Deer, elk and livestock killing machines. The big question you have to ask yourself is why? These massive wolves are not the native wolf that lived in our area 100 years ago.

There was a reason these things where exterminated nationwide. They sure do look cuddly and cute. I wonder if our city dwelling tree hugger society that never has left a city really understands the impact of these killing machines.

It’s just a matter of time before one of our granola loving green peace hikers goes out on a hike and runs into a pack of these killers and becomes part of the food chain.

If you are going into the Blues, Cascades, or up above Spokane hiking, game scouting, mushroom hunting, or something else you better start carrying a side arm. Can you even imagine being out by yourself and having 8 to 12 of these monsters surround you! Think about what kind of appetite a dozen of these must have and remember they are the only predator in our nation that kills for fun along with for food. The amount of animals they take are just a partial portion of what they need to eat.

When elk are calving they will kill the calves just for fun after they have had all they can eat and leave the rest to rot.

My father in law sends me the most random and entertaining email forwards. Sometimes they are so entertaining that I have to share them, like this post I wrote about Why You Don’t Kill Black Snakes! Now, I am sort of leery about anything that comes through as a forward email…so off to Google I went. I found about a dozen articles on websites talking about these giant killer wolves, none of which were on reputable websites.

With all of the information across the Internet in today’s day, why can’t I find one single legitimate article about these supposed killer wolves?

« Walt Disney Studios Motion Pictures Line Up for 2012
The Next Hot Thing in Baking: Cookie Cups »