I thought it would be fun to highlight 6 Must See Destinations in Istanbul and offer a few safety tips so that you don't find yourself taken like Bryan and family! If you weren't aware, Istanbul is the setting of the action-packed Taken 2 on Blu-ray DVD Combo pack, where retired CIA operative Bryan Mills is on vacation with his family. Make sure you catch Bryan and family’s Istanbul adventure in Taken 2, available on Digital HD and on Blu-ray & DVD now!

6 Must See Destinations in Istanbul Famous in particular for its massive dome, it is considered the epitome of Byzantine architecture and is said to have "changed the history of architecture. “ Being a place of prayer for both the Catholic and Muslim faiths over the last 1500 years, this may have been a good place for Bryan to go had he needed some time off beating up kidnappers! In addition to a royal residence, the palace was a setting for state occasions and royal entertainments. It is now a major tourist attraction and holds important holy relics of the Muslim world, including Muhammad's cloak and sword. The Basilica Cistern is the largest of several hundred ancient cisterns that lie beneath the city of Istanbul. The cistern, located 500 feet southwest of the Hagia Sophia on the historical peninsula of Sarayburnu, was built in the 6th century during the reign of Byzantine Emperor Justinian I. The myriad of underground passages may have been a better place for the kidnappers to hide Bryan and Lenore… Ah well, better luck next time guys. The area now overshadowed by Sultanahmet Mosque was, during the Byzantine period, the scene of horse-racing in the hippodrome. The hippodrome first built by Septimus Severus, and enlarged by Constantinus, was flanked on three sides by tiers of seats for spectators. The nice open space may have been a better substitute for Bryan’s first crash-course, high-speed driving lesson with Kim. 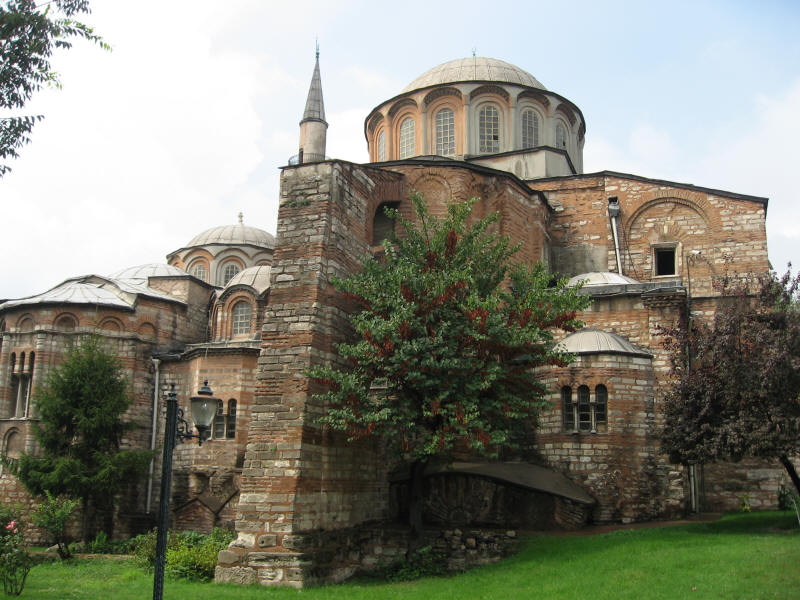 Church of St. Savior in Chora

The Church of the Holy Saviour in Chorais is considered to be one of the most beautiful surviving examples of a Byzantine church. This is another must see building although you may have to drive a little to get there. As always, check that kidnappers are not following you; otherwise you may be given complicated instructions that you will never remember by your ex-CIA ex-husband and end up being taken hostage. Seriously... It could happen. The Grand Bazaar in Istanbul is one of the largest and oldest covered markets in the world, with 61 covered streets and over 3,000 shops, which attract between 250,000 and 400,000 visitors daily. Although the inside is great for shopping you must be careful when walking on top of the bazaar. The walkways can sometimes get crowded with grenade-throwing American girls and gun-touting ex-CIA agents.

Now that you know the top 6 must see destinations in Istanbul , you can start thinking about where to stay!

Recent hotel openings include the Four Seasons Bosphorus and the serenely modern boutique Edition, with a Cipriani restaurant and guestrooms done in rosewood and blond oak.

As a side note the hotels have asked that guests ensure they place their bags full of guns and grenades in one of the wardrobes in their rooms so that their potential daughters can use the space as both a hiding place and an arsenal when potentially attacked.